How to Get Small - Part Five - Studio Lighting in Your Pocket

This is the fifth in my series of articles on "How to Get Small" in assembling a professional photography kit. I've always enjoyed the challenge of doing more with less, and it's been particularly on my mind in recent years as I've spent a lot of time in faraway places, flying with laughably small luggage allowances, encountering unexpected photo opportunities, and exploring on foot or in crowded vehicles.

In photography, it's easy to think that more equipment solves every problem. On learning that I'm a professional, a hobbyist told me the other day he wanted a better camera because his pictures "come out too dark". Knowing that he could get better photos simply by taking control of the camera he already had, I suggested that he invest in a book or class instead. Because it's often technique that makes the difference. 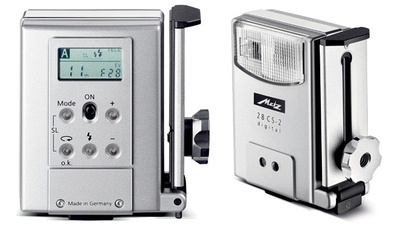 Studio-style lighting that fits in a shirt pocket.

How? Well, what makes light flattering is its direction and size, not power. By holding the flash out to the side in my left hand, I can create off-axis lighting that avoids the ugly flat look of on-camera flash. And, pointing the flash at the large surface of a ceiling or wall creates soft wrap-around light. Working at close portrait distances, the Metz has all the power I need. Add in a tiny wink from the camera's built-in flash to fill in the shadows, and voilà!

My wife needed a quick headshot, and rather than drag out my big rig with umbrellas on stands, I just grabbed my pocket camera and the little Metz 28 CS-2. I set the power manually, pointed it up and slightly to the left at the ceiling, and dialed the camera's built-in flash down by 2 stops for fill. Couldn't be easier. 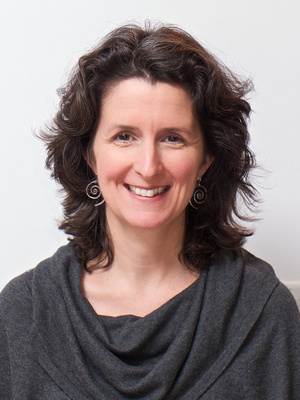 Two-flash Rembrandt lighting I can carry everywhere and set up in seconds. And, it's good for a lot more than just quick portraits. I use it extensively for candids at events and weddings, too.

The tech-minded may be interested to know that what makes this combo work is the Metz' inclusion of an optical trigger (set off by the camera's built-in flash) as well as provision for 5-stop autoexposure (for direct lighting) and manual output control (for bounced light) down to 1/16 power. Two AAA batteries typically last all night, and recycle is nearly instant, since the flash doesn't have to work very hard when I'm shooting up-close at high ISO.

This little gem travels everywhere with me now.