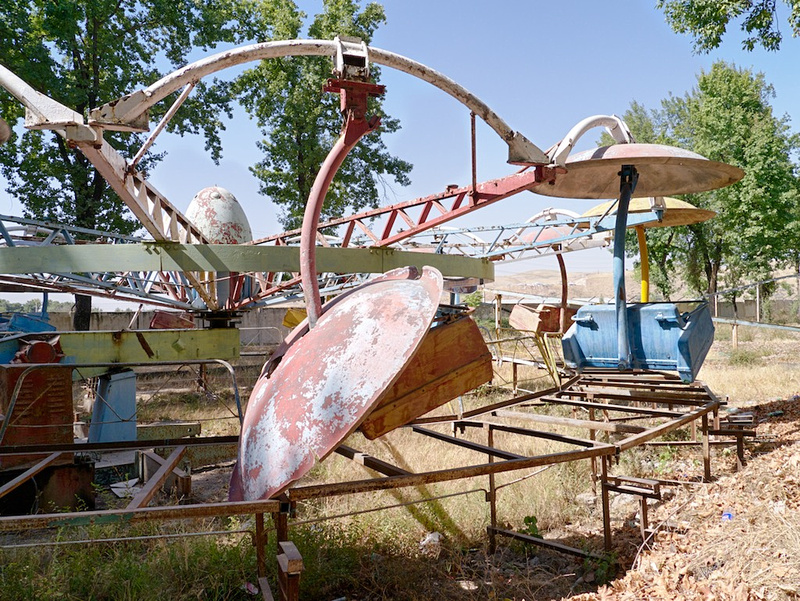 New software tools are helping me make even better landscape images with proper exposure throughout, even under contrasty light conditions. The technology is called High Dynamic Range (HDR) or exposure stacking, and it involves shooting an exposure bracket - multiple photos of the same subject with exposure settings optimized for the shadows, the highlights, and everything in between - then combining the files into a single finished image, like the one above. While this might sound like cheating, it actually can result in a photo that more closely resembles what the eye sees in real life. This is because the eye can perceive a much greater range of tones than a digital camera or even film. HDR has been around for a few years, but it got a bad rap early on because the software was complex, the results were hard to control, and some practitioners popularized a highly unnatural look that drew attention to the HDR technique rather than the subject matter.

Now, however, the tools have improved greatly, and my new lightweight approach to shooting landscapes has got me interested in maximizing technique rather than equipment to make high-quality images. Instead of lugging a heavy tripod all over the countryside, I can shoot an exposure bracket handheld now because the new software automatically aligns the images even if I don't hold the camera perfectly steady. It also eliminates the ghosting that can happen when, say, a swaying tree branch is in a slightly different position in each frame. What this means is that I can frame my composition, then hold the camera steady and press the shutter button for a 3- or 5-frame burst, and be confident that I'll have exactly the right exposure in all parts of the image. To see how HDR helps, take a look at the 3-frame series below.

When I was standing in the park, I could see the blue of the bright sky and the grass in the shadowed foreground at the same time. The camera, though, was unable to capture the full tonal range in a single image. So, I made these three photos, varying the exposure by one EV or "f-stop", and combined them into the final image you see above. This is how it looked to me when I was there.

Once I've shot and downloaded the exposure bracket, the rest is pretty simple, thanks to the engineers at Nik Software. I select the three images in my photo management & processing app of choice - Apple's Aperture - then select the Nik HDR Efex Pro 2 plugin. In the plugin's window, I choose values for tonal range compression, overall exposure, contrast, highlight and shadow recovery, and click "save". The software thinks for a few seconds, then returns me to my Aperture window, where the new HDR image is saved alongside the originals. The whole process is so easy and so worthwhile that I've now made shooting exposure brackets my standard operating procedure when photographing landscapes. To see more examples, have a look at "Dushanbe - 051" through "Dushanbe - 059" and other images in my recent work section.

I'm now using Adobe Lightroom's "Merge to HDR" tool for making HDR images. It does a great job of aligning the frames, and the resulting file has lots of headroom for further adjustments. It doesn't have the fancy (and often overused) special effects, but I think the results look more natural. And, it's super-simple to use.