New Photos of Old Amusement Rides at a Local Park

I found a bunch of charming old amusement rides at a local park near my house. I was so excited to find them, as I'd seen something similar in Khujand but not had time to photograph there. Some of the rides are clearly decrepit, and at first I assumed they were all long out of service. After I walked around for a while, though, a fellow running a refreshment & souvenir stand there started turning some of them on for me. The photos are numbers 051-059 in my Dushanbe gallery. 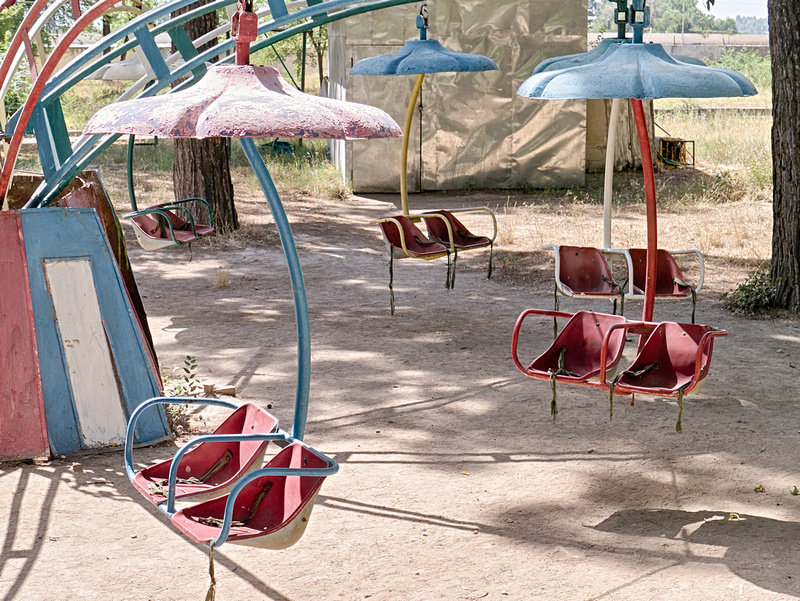